Metairie Humane Shelter suffered a huge loss earlier this month when Jonathan Baroni unexpectedly passed away.  He was an awesome volunteer and friend to us for many years.  When he met Big Boy (who had been with us for years), there was an instant connection.  He and his Mom (Marilyn) took Big Boy home and gave him the lifetime love affair that we were beginning to think would never happen for Big Boy.  To Marilyn, Big Boy and the rest of the Jonathan's family, we extend our deepest sympathies during your time of grief. 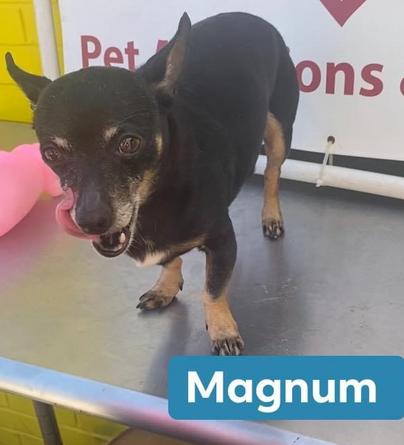 ​Who Crossed the Rainbow Bridge 2022 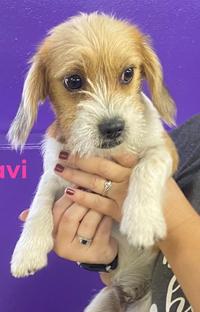 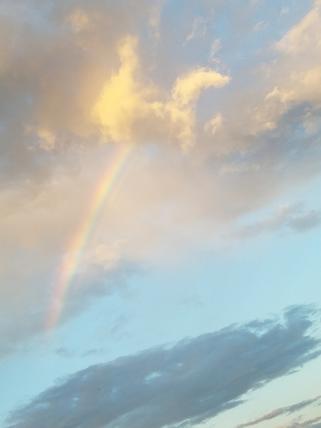 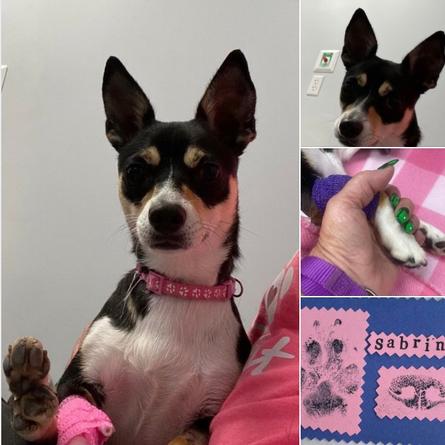 Who Crossed the Rainbow Bridge 2020

​Bella Jack stopped eating for several days.  She was so tired, and struggling to breathe.  It is with very heavy hearts that we had to say good-bye to Bella Jack  and let her find rest over the Rainbow Bridge.  She was with us for only 82 days, but she was very happy and loved that entire time.  Thank you to all of her loyal supporters who loved her as much as we did.   She will forever be in our hearts and memories.​ 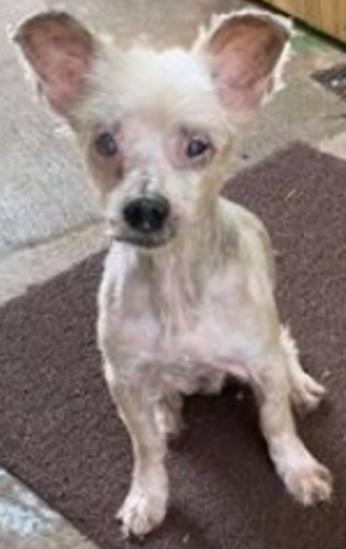 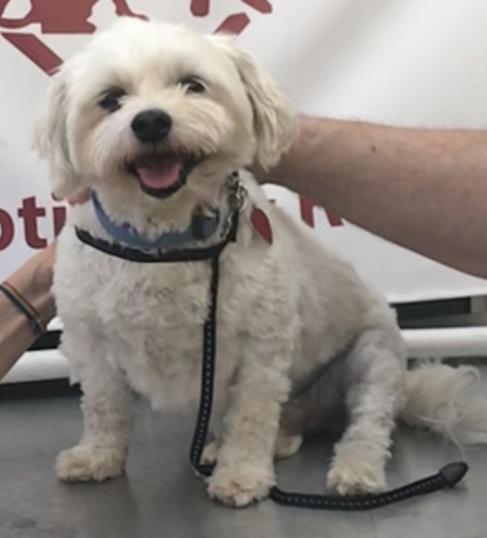 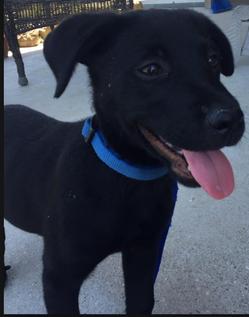 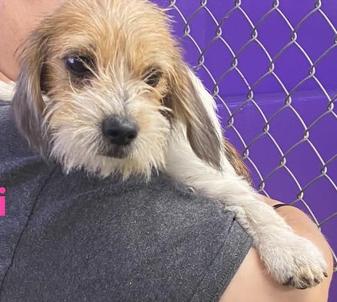 2 unleashed larger dogs attacked Casper while he was walking in his neighborhood with his Dad.  His Dad fought valiantly to pull the dogs off Casper, and also sustained multiple dog bites from the attacking dogs.  In spite of his Dad's efforts, Casper succumbed to his injuries.

Jeff's Rainbow
Notice the doglike cloud at the top of
the rainbow. This was taken approximately

at the time of Jeff's passing. 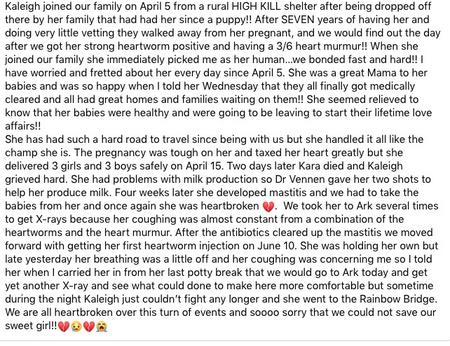 Irene loved her daughter Eileen, who is an active volunteer with Metairie Humane, and her fur babies Molly and Red (adopted from Metairie Humane in 2011) very much.  She was a strong supporter of Metairie Humane since its formation.  Irene passed away on January 31, 2020 at the age of 94, after a short illness. Before her passing, she requested that in lieu of flowers she wanted donations to be made to Metairie Humane in her memory.  Due to her thoughtfulness, Metairie Humane received over $500 to continue its mission to save dogs from kill shelters, and help them to find their life time love affairs with their new families. We are sure that all the fur babies that she had loved so much before they crossed the Rainbow Bridge (Butch, Colleen, Susy, Lucky, Claire, Sandy, and Jeff) were all waiting to greet her in Heaven.

JEFF
Metairie Humane Shelter's mascot crossed
the Rainbow Bridge on May 28th 2018.
Jeff is joining Sandy his favorite girlfriend.
He is greatly missed by his human Mamas,
Eileen and Irene. His four legged sisters,
Red and Molly miss him too.
He was such a great participant at all of
the Metairie Humane's fundraisers. Won
several awards in the costume contests.
We want to thank you for all of your prayers
and kind words.  The doctors tried very hard
and Jeff tried even harder to save his life. We are saddened by his Passing.  Jeff will forever be the Metairie Humane Shelter's Mascot. 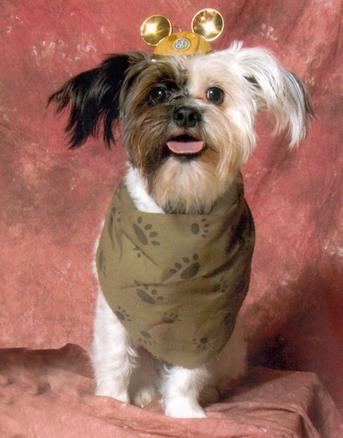 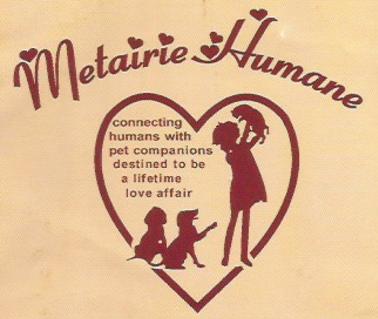 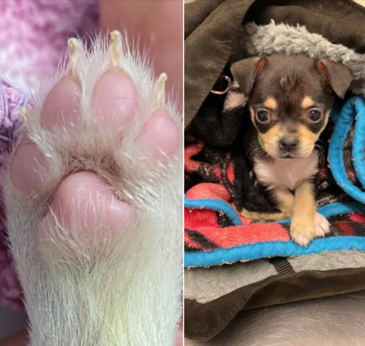 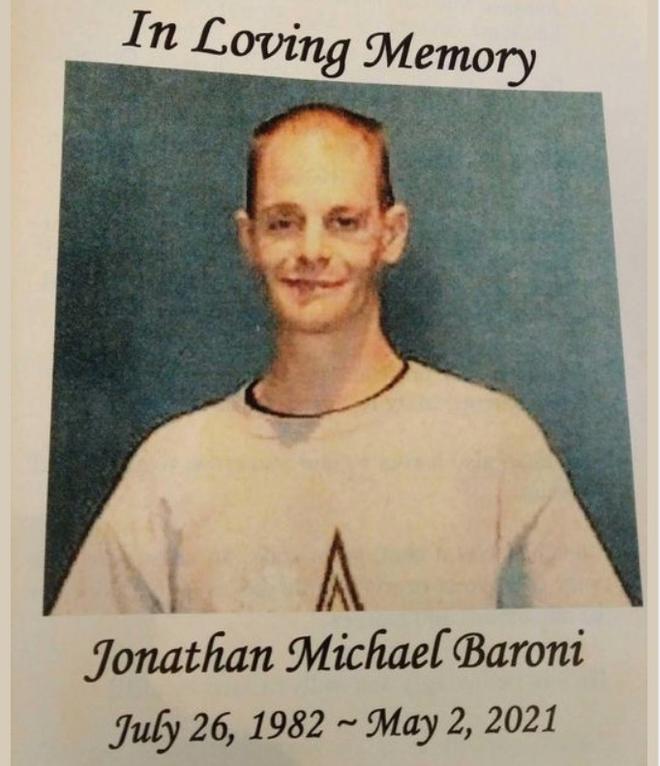 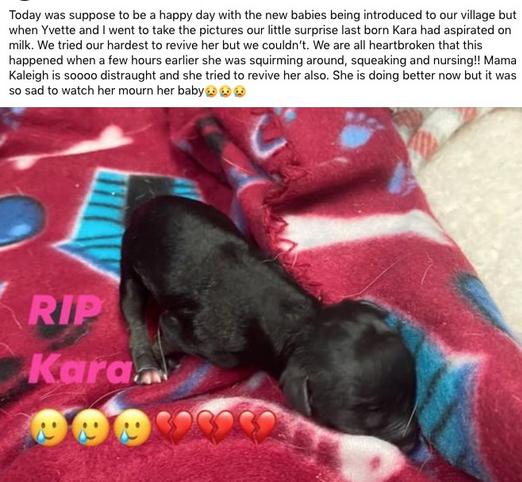 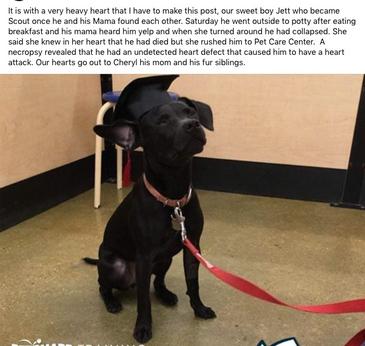 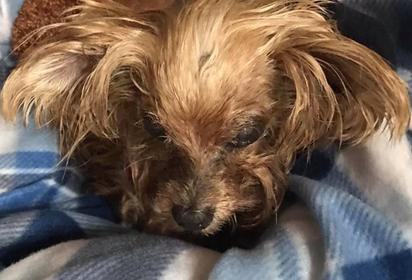 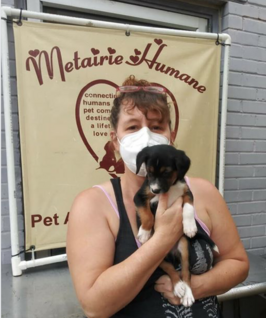 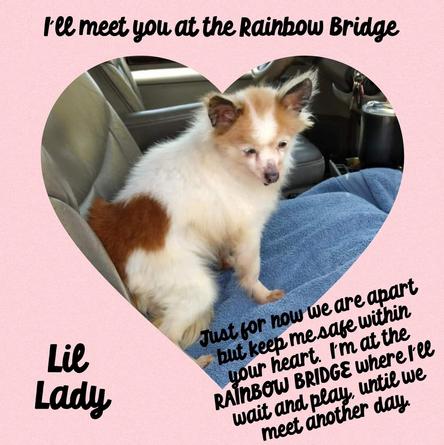 Lil Lady stopped eating to let us know if was time to let her spirit go and be free from pain across the Rainbow Bridge.  However, until the end, she knew she was loved.  She passed peacefully in our arms on May 20, 2022 of old age.

Magnum got away from his new Mom in the Petco parking lot in Kenner just one day after being adopted.  Volunteers searched the area and could not find him.  We asked for help on Facebook and all appropriate websites, but no one reported him to us or his new Mom.  Regrettably, a man found his body  on the Mississippi River levee in Harahan.  Based upon his wounds, it appears that an eagle or hawk picked him up and fly him to the levee where they dropped him.  We are devastated.

Our little "goat herder" passed away today.  He had a 5 out of 6 heart murmur, and  was high heartworm positive when he came to us.  We were always worried about him having to undergo heartworm treatments.  We thought he was going to make it, but today his heart just gave out.  He was so sweet.  Just like Kaliegh, his early death could have been so easily avoided if his owner would have just given him monthly heartworm prevention.

We are so sad to announce that one of our supporters and volunteers has passed away way too soon.  Cindy Henderson passed away after a short illness, not covid related.  She and her beloved husband Barry adopted  Hawthorne (now Beau) from us, and became avid supporters and volunteers.  Cindy made custom jewelry for us to sell, and built the Halloween Village used as a raffle prize last year.  She also volunteered to help bag plates at several of our 2021 dinners.  She also ran a plant sale fundraiser last year, and donated all the proceeds to Metairie Humane.  Cindy and Barry kept us close to their hearts.  Barry requested in lieu of flowers for Cindy's service that donations be made to Metairie Humane.  Our prayers go out to Barry.  We hope Beau's companionship will give Barry comfort and peace during this most difficult time. 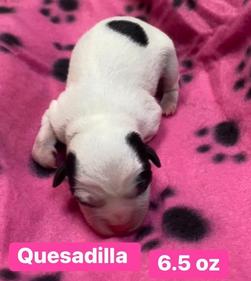 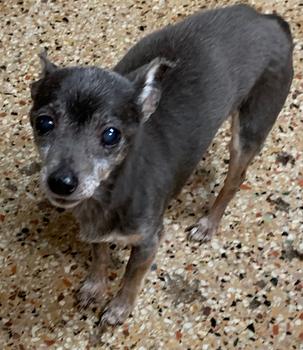 3 of Tijuana's 4 puppies did not have the strength to live and died on 3 separate days.  We did all that we could to save them, but God had other plans.

Our sweet girl had several birth defects.  One of which was a ventricular septal defect, which is a hole in the muscle that separates the bottom heart chambers.  This allowed blood to go from the left side of the heart into the right side and then into the lungs.  She also had pulmonic stenosis which causes thickened pulmonic valve leaflets that do not open as well as they should.  As a result, she developed an enlarged heart and fluid in her lungs.  These issues could not be repaired.  She had begun to drown on the fluid in her lungs, and was struggling to breathe.  We had no option but to help this sweet girl cross the Rainbow Bridge so she would not suffer any more.  We tried our best, but could not seve her.  God needed a new angel in Heaven. 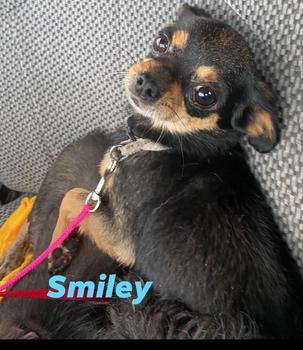 Louisiana animal rights advocates are mourning the loss of one of their biggest champions following a house fire related to Hurricane Delta.  Regretfully, Judy's beloved dog Marvin (shown in the picture with her) also died in the fire.  Judy traveled around the state to find homes for cats and dogs who otherwise would face euthanasia.  Judy devoted herself to rescue and transport work in retirement following a career in Nursing.  Judy rescued several thousand animals in her van, which was known as the Critter Getter.  We at Metairie Humane lovingly referred to her as our "dog dealer".  Through the years, Judy has brought many dogs to us from around the state.  Although we know that she earned her angel wings and was welcomed into Heaven by many of the dogs that she saved, who have since crossed the Rainbow Bridge, we will miss her deeply. The void that is left behind by her loss is one that is hard to imagine ever being filled. She was one of a kind whose spirit will remain with us to give us strength to rescue dogs as she did.  As rescuers, all we can do is try to help always "take just one more" and "keep em moving" by helping one dog at a time!  Judy, we love you, we miss you, and we will try our hardest to make you proud.  REST IN PEACE KIND SOUL! 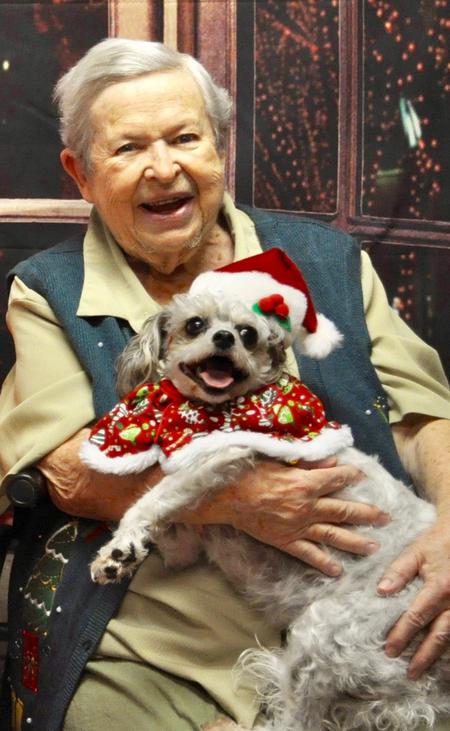 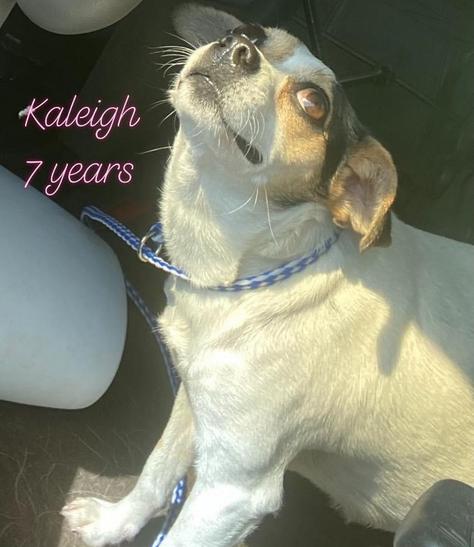 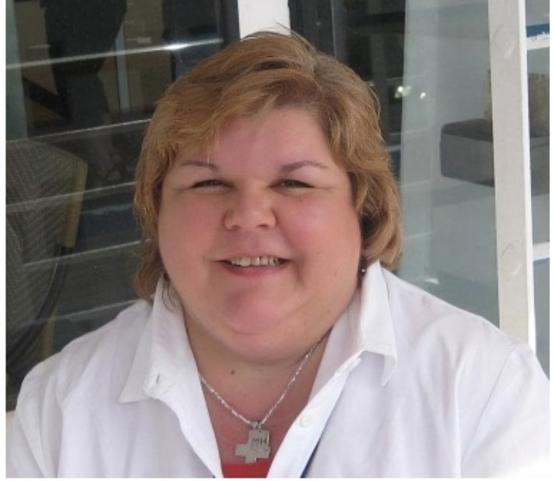 ​Who Crossed the Rainbow Bridge 2021 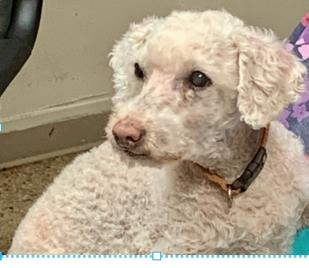 Our little Hope has made the trip to the Rainbow Bridge on Dec 4. Dr Vennen confirmed what Cindy & Jami knew that Hope just couldn’t fight any longer! We did everything we could for her, but the odds were against her from the minute we got her!! She put up a courageous fight, but in the end she was just too tired to fight through all that was wrong. We know she is in a better place now where she can see, hear and run with all the dogs!! So sorry we couldn’t make you healthy and happy little one. 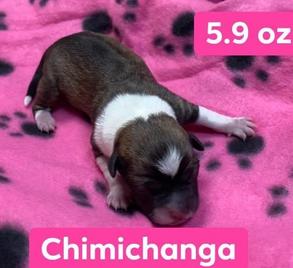 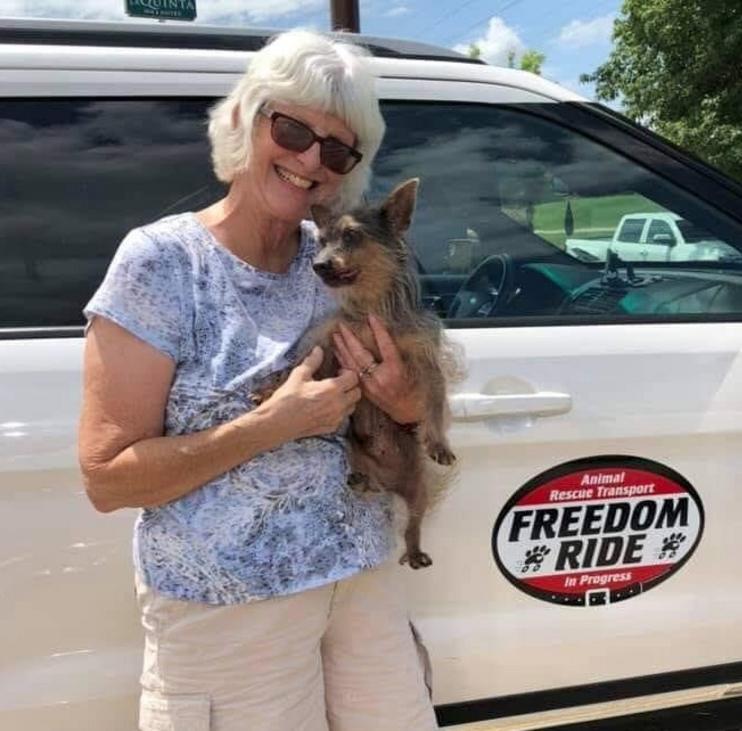 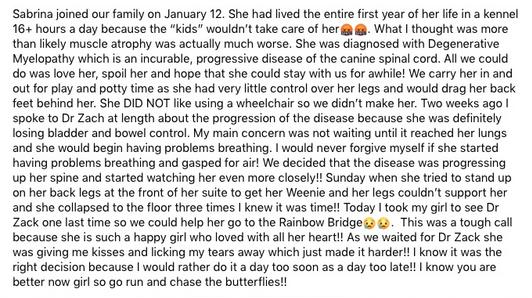 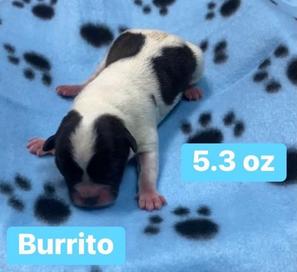 Our oldest Permanent Resident passed away.  He stopped eating and taking his medications a week ago, and stopped drinking water, recently.  He had such bad arthritis that he could no longer stand.  He is at peace now.

Whitey was 17 years old and lived basically his entire life at Metairie Humane.  He was adopted several times, but he loved living with us and was not happy until he came back to Metairie Humane.   He died on 3/22/22 of old age.